WITH SUPPORT FROM EDUCATION CANNOT WAIT, TEACHERS IN PAPUA NEW GUINEA ARE HELPING CHILDREN TO RECOVER FROM THE TRAUMA OF THE 2018 EARTHQUAKE WITH TEMPORARY LEARNING SPACES, GENDER-SENSITIVE APPROACHES AND NEW TRAININGS TO DEAL WITH THE CHALLENGING TIMES AHEAD

Ms. Julie James Rodney, the teacher in charge of the Injua II Elementary School in Papua New Guinea’s remote and wild Kutubu District describes living through the horrors of the February 2018 earthquake and its aftershocks as “the longest night.”

During that long night, children of Rodney’s school lost everything: their homes were shattered, and their school was destroyed, profoundly wounding the young hearts and minds. In the wake of the disaster, many families struggled to get enough to eat or drink and returning to school seemed like a far-fetched dream for many.

In all, some 127,000 people required emergency humanitarian assistance after the quake. Half of the schools in the affected area were partially damaged with three totally destroyed. Student attendance dropped drastically. As a consequence of the quake, lawlessness and tribal violence spiked, further increasing the vulnerability of people. Girls and women in particular face increased risks of gender-based violence. This affects the academic and social development of girls and boys in the region, putting their futures in jeopardy.

FROM THE FOUNDATIONS UP

Rodney lives with her husband and three daughters in the school grounds where she teaches. In the morning they assessed the damage from the quake, finding the roof of her home blown away, the foundation of the school building ripped apart, and collapsed buildings and destruction everywhere.

“People’s houses were flattened to the ground and covered in debris. It was a miracle that no one in my village was killed. We still feel the tremors and they send chills down my spine. We are still so anxious that this thing ­– or something worse – will happen again,” said Rodney. “It was difficult to get the children back into a school routine because they were deeply traumatized. They found it difficult to concentrate and worst of all they would react to any noise or bang and run out of the classroom shouting ‘earthquake.’ They are still scared, and we have not been able to fully re-establish their routine or make them feel safe again. It’s a long process.”

Rodney and hundreds of other teachers like her are receiving support from a fast-acting US$1.5 million emergency response allocation from Education Cannot Wait. Coordinated by UNICEF, the programme is implemented on the ground by trusted local and international partners that include the Adventist Development and Relief Agency, the Catholic Diocese of Mendi, The Evangelical Church of Papua New Guinea and Save the Children.

The programme was designed to get children back in school, to establish temporary learning spaces, and to support these communities in building back better after the quake.

To build community buy-in and ownership, community leaders, school boards of management, church leaders and provincial and district education office representatives were consulted and involved in the programme from the start and included in ongoing school monitoring visits. Children and youth were actively involved in both the design phase and in selecting sites for water, sanitation and hygiene facilities. Hygiene clubs have encouraged children to improve handwashing practices. Parents and community members are being engaged on multiple levels to encourage school attendance.

The programme has made great progress in its first six months (as reported in October 2018): close to 3,000 girls and 3,900 boys were enrolled in safe temporary learning spaces, and more than 7,000 children (43 per cent girls) accessed psychosocial first aid services and were trained on how to best prepare to face such disasters. Training workshops for teachers like Rodney were also provided so they can help children cope with their trauma.

Even before the quake, Papua New Guinea had alarming rates of insecurity and gender-based violence. Two out of three women have suffered from some sort of physical or sexual violence in their lifetimes, while over 40 per cent of men have admitted to raping someone (ODI, 2015). To help address this, ECW’s investment focused on supporting the safety of girls and gender equality. Gender-sensitive facilities where both girls and boys have access to toilets and sanitation facilities and services in schools were designed. This includes provisions to allow girls to manage menstrual hygiene with dignity. In addition, gender topics were included in the training workshops to raise awareness on how disasters exacerbate gender inequalities and gender-based violence and how to foster a more protective environment.

Rodney was one of the teachers that received advanced training from UNICEF in close collaboration with Save the Children through the programme.

“These resources will help us to start teaching again – properly. The children will be so excited to see the [new] resources,” said Rodney. 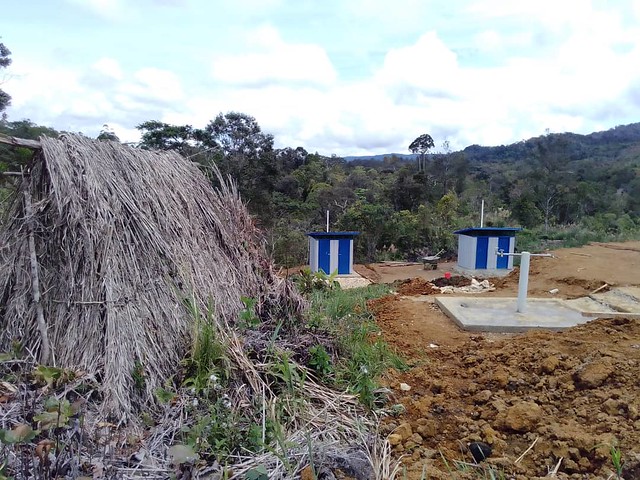